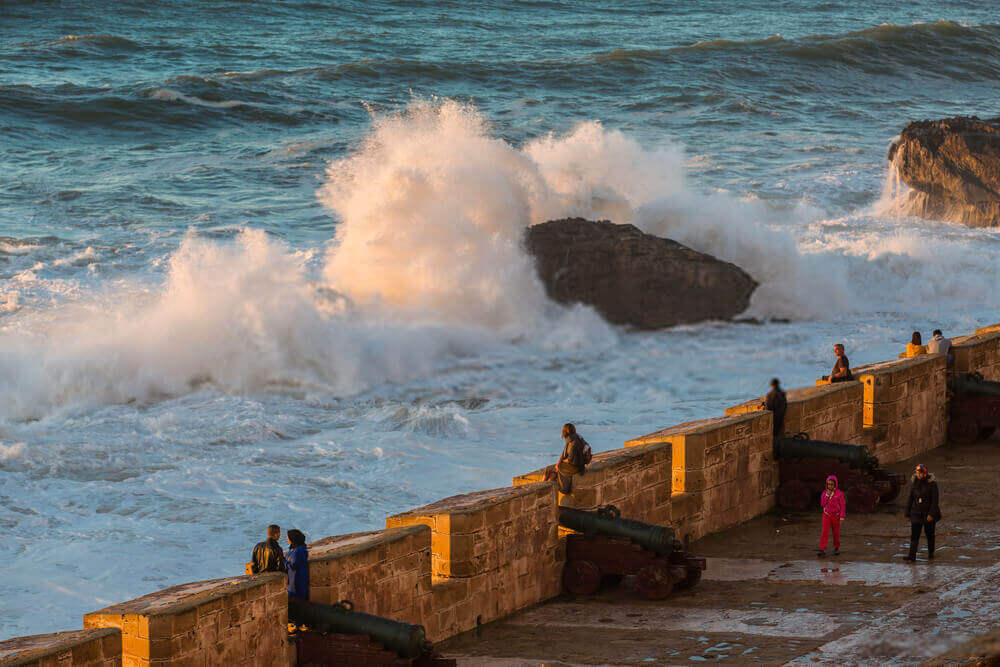 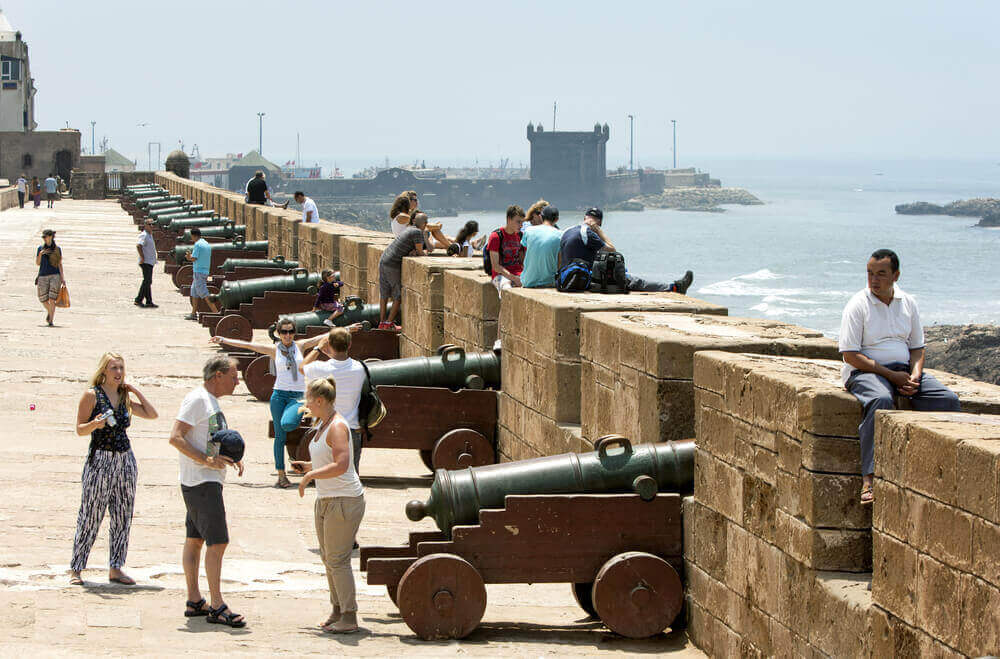 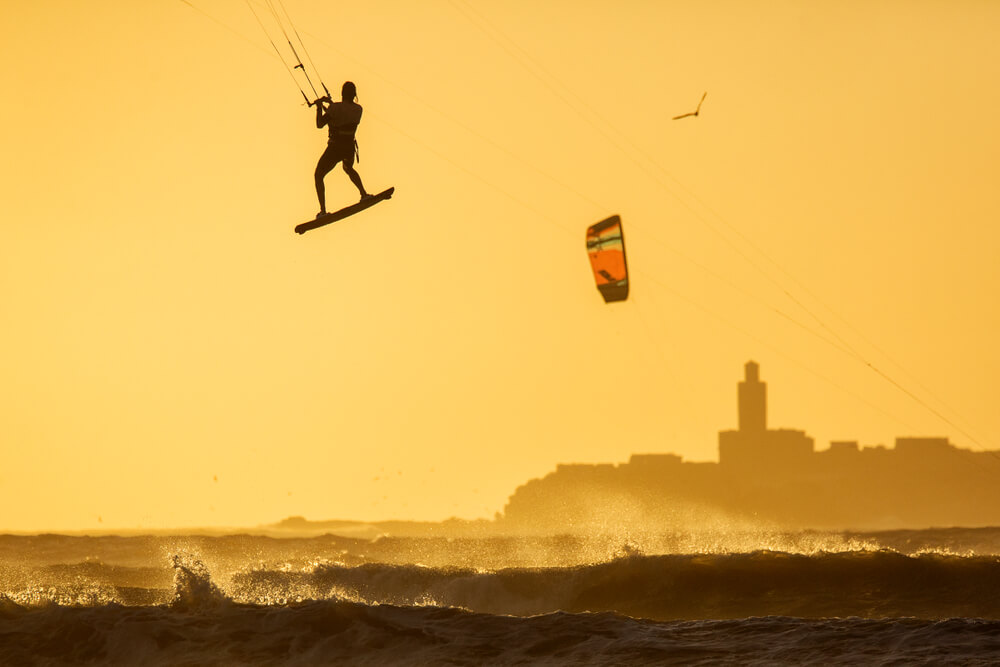 During this Essaouira day trip, you will discover the city of Essaouira, a former Portuguese medieval city in the Atlantic coast of Morocco. The Medina (old town) is protected by 18th-century ramparts, built by European engineers. The ramparts are known as Skala of the Kasbah. Dotted with copper cannons, the fortifications offer spectacular views of the coastal surroundings, which are ideal for surfing, windsurfing, and kite surfing.

You will depart from Marrakech for Essaouira day trip, passing through splendid landscapes and a few Moroccan villages. There will be an opportunity to visit a Berber Argan Oil cooperative and perhaps sight Argan tree-climbing goats. This region is the only one in the world growing the Argan tree and producing the famous Argan Oil known as Morocco’s Golden oil.

Jimmy Hendrix’s song “Castle made of sand” was inspired by his trip to Essaouira and the same journey was made by the famous Bob Marley and Cat Stevens. Another notable feature is the UNESCO heritage listed ancient Medina which has featured in ”Game of Thrones, Gladiator, Kingdom of Heaven, Laurence of Arabia” and Orson Welles’s production of Othello in 1952. Also, Essaouira is renowned for an annual “Gnaoua” music festival, in June.

Moving on for a seaside lunch, for visits to art galleries, craft workshops, and a stop at Orson Wells Square. Then there will be an opportunity for optional extra activities of your choice and or free time to admire the examples of Moorish and Portuguese architecture around the harbor or wander the alleys of the Medina.

The return journey to Marrakech and the end of your Essaouira day trip will be at approx. 7h00 pm.

The name of Essaouira comes from the Berber word Tassourt which means the walled or the fortified beautiful city.

Since the foundation of Essaouira by Portuguese pirates in 1505, the port has been a major international trading seaport. However, there is archaeological evidence that Essaouira was inhabited in prehistoric times.

In ancient times King Juba II, 1st century BC, was the Berber ruler who used Murex and Purpura shells to establish a Tyrian purple dye factory. They exported the dye to Rome, which was used to edge the robes of Imperial Roman Senatorial robes and the dye became more valuable than gold at that time.

Moroccan King Mohammed III founded modern Essaouira in 1760, to secure a harbor as close as possible to Marrakech. The port became the principal shipping port in Morocco. King Mohammed III also encouraged a Jewish population to manage trade with Europe. More recently King Mohamed VI has planned to save the Jewish sites in Essaouira for historic and ancestral value. In 1912 Essaouira fell to French rule until independence in 1956.

When visiting Morocco, don’t forget to consider our Essaouira day trip from Marrakech to  discover the Secrets and wonders of this beautiful sea town.