4 DAYS  TOUR FROM TANGIER TO FES VIA CHEFCHAOUEN 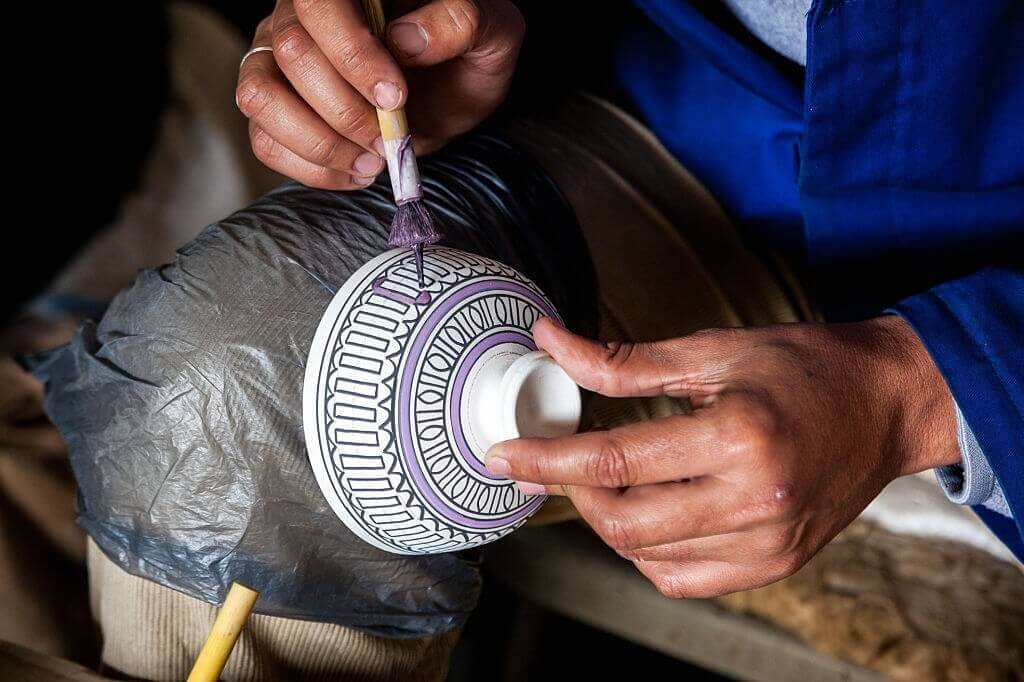 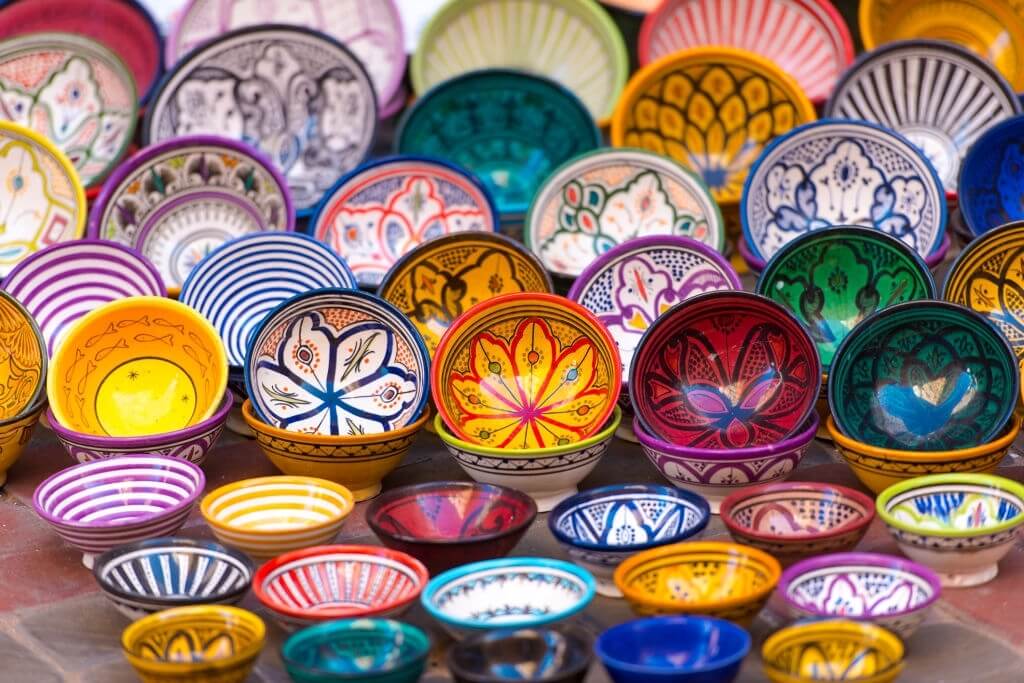 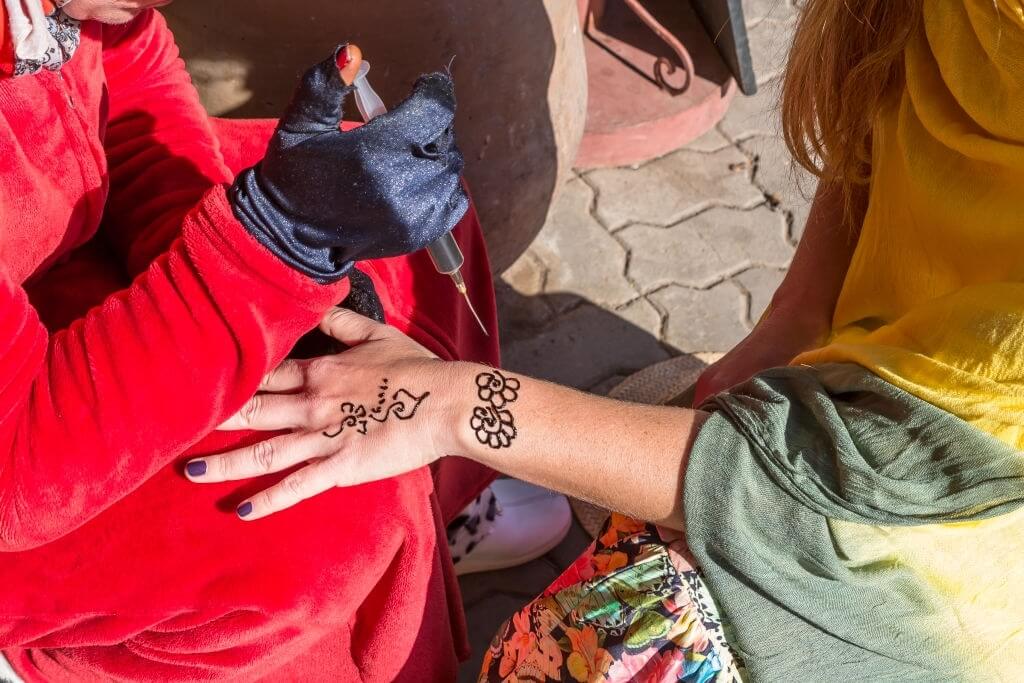 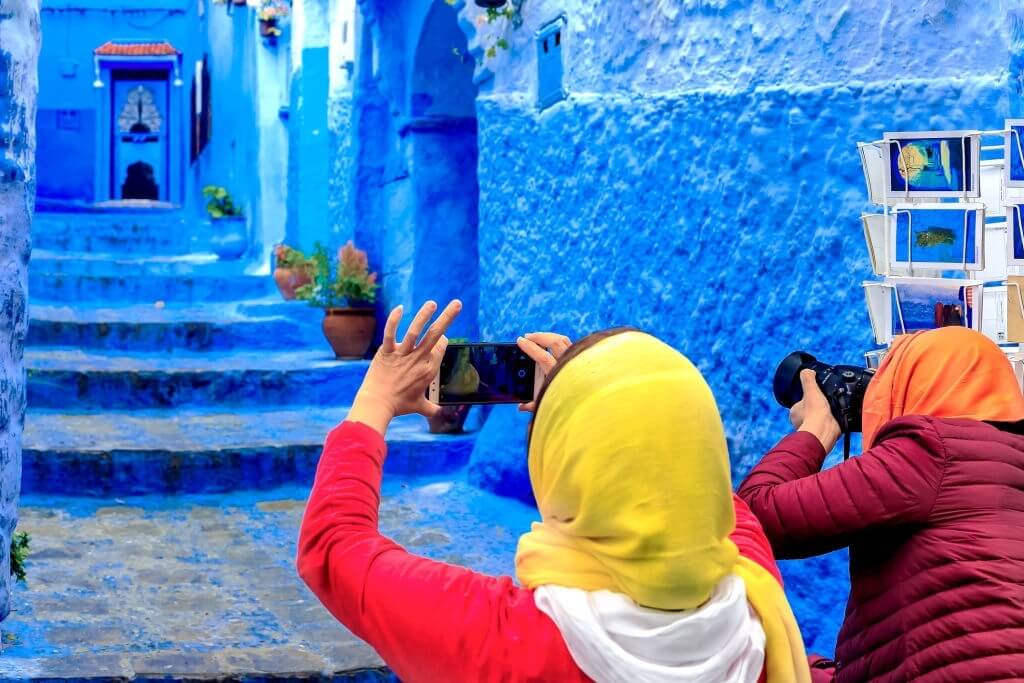 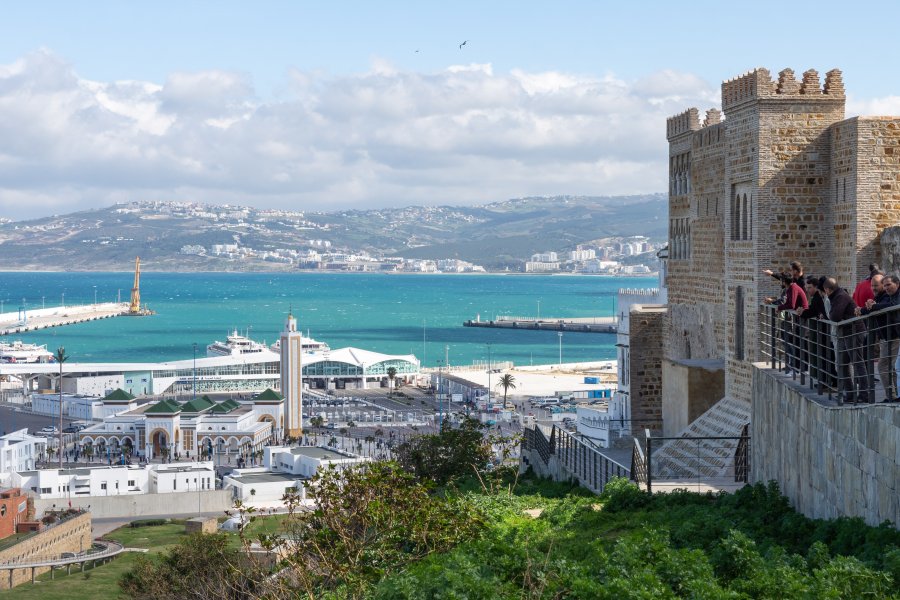 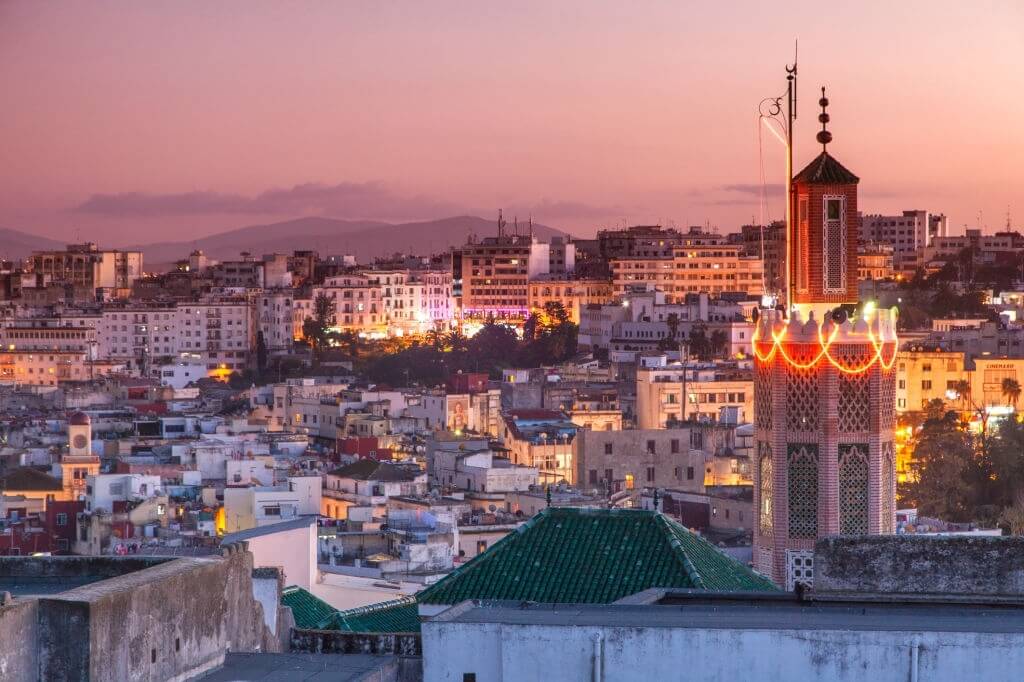 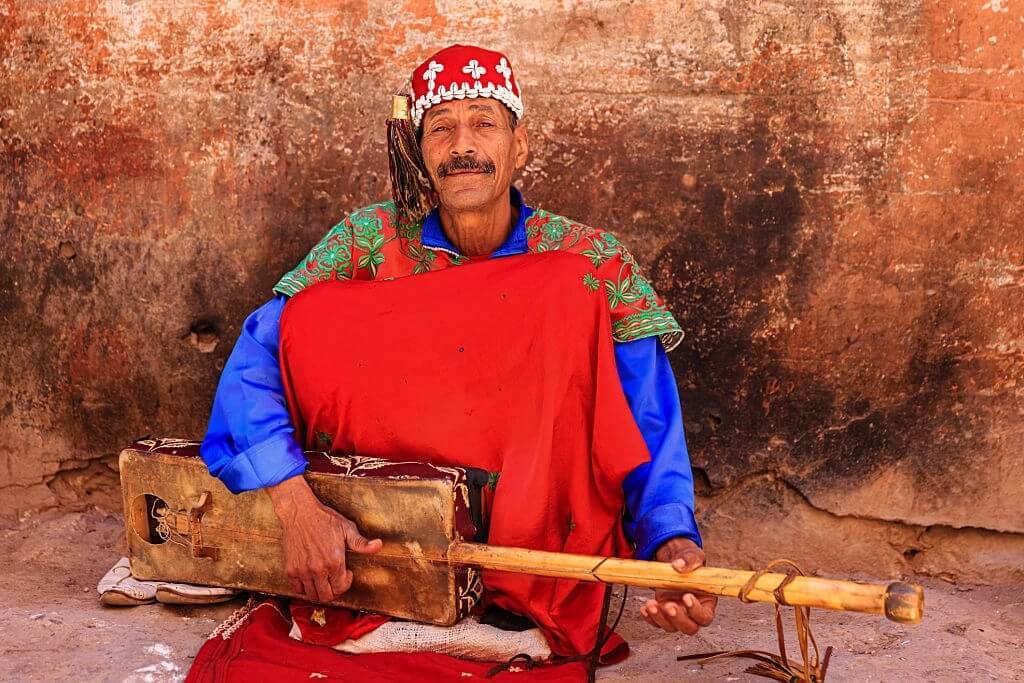 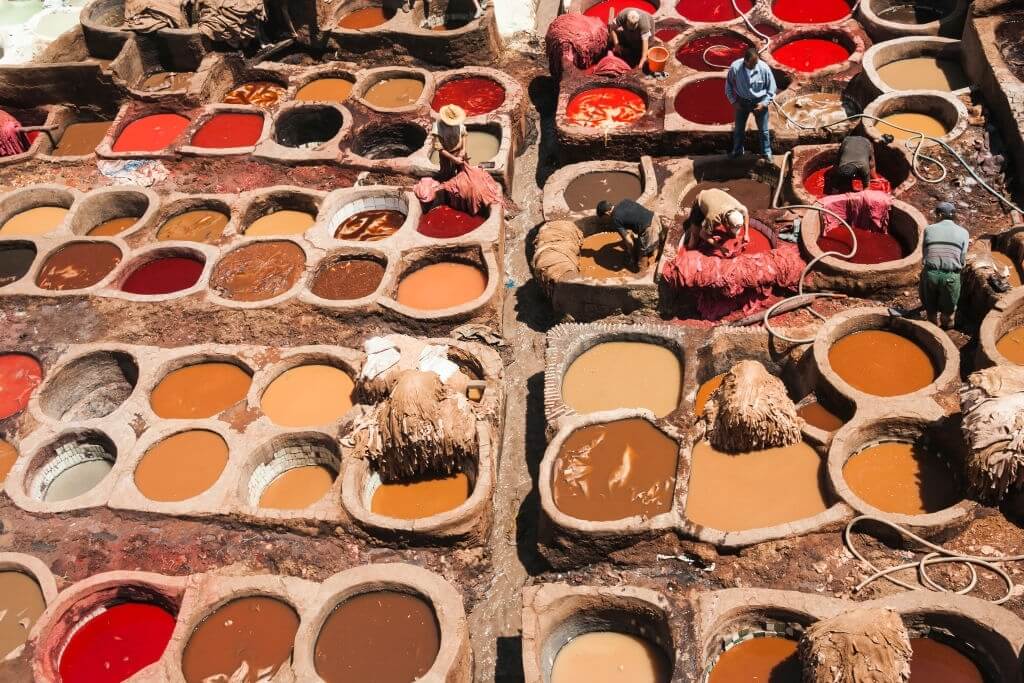 This 4 Days tour from Tangier to Fes magic journey will take you over the picturesque Rif Mountains to the unique, blue pearl of Morocco, Chefchaouen, a town painted many glorious hues of blue and regarded as the prettiest town in Morocco.

You will experience the Imperial city of Meknes, where there are many ancient historic monuments of grandeur and of great interest. You will journey to the country’s “capital of knowledge and culture”, Fes also referred to as “The Mecca of the west” and “The Athens of Africa”.

Fes, a vibrant ancient city pulsating with colour and culture. Be totally absorbed in the architecture and the amazing Medina, full of curious alleyways and bustling colourful souks. You will be blown away with a full-day guided tour of many intriguing ancient and historic landmarks and the Medina, which includes the world’s oldest working university.

” Please Click on each section bellow so that the details of each day will appear “.

Arrive in Tangier airport/port and meet your Grand Morocco guide/driver. Travel into the Rif Mountains to the blue pearl city of Chefchaouen and spend the afternoon exploring this charming blue washed town with a private local guide. 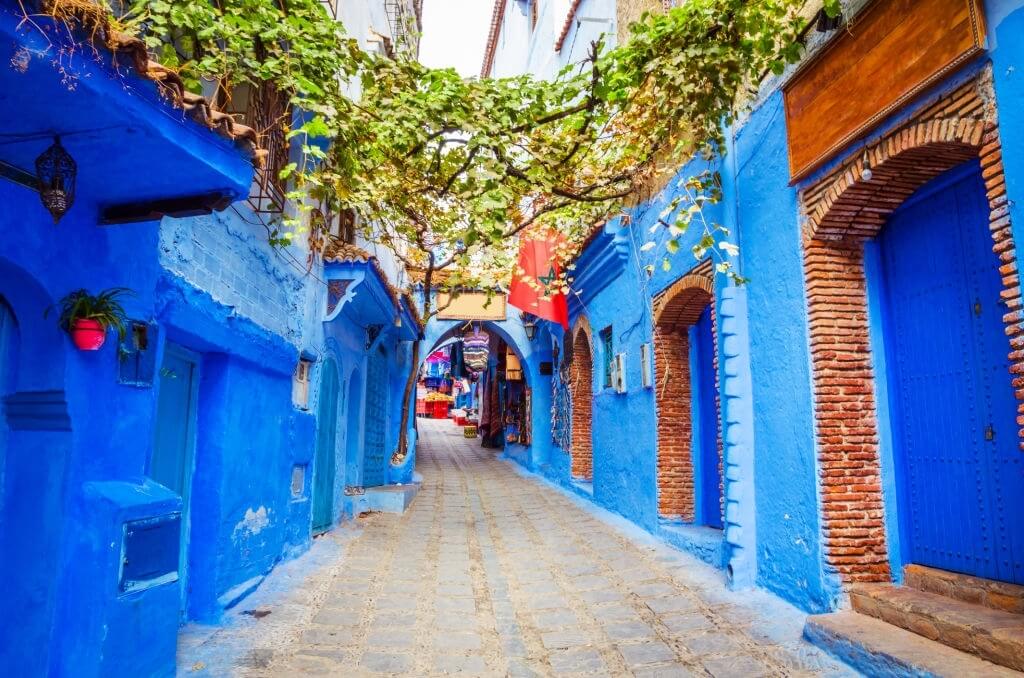 Known as “the blue pearl” and ranked sixth of the most beautiful cities of the world. Chefchaouen is an artsy, blue washed mountain village which was founded in the 15th century and was populated by Jewish and Muslim refugees fleeing from the Spanish Inquisition in 1478.

The town buildings are painted blue and white, so the entire village appears to be wonderfully drenched in many hues of glorious blue leaving the traveler with a surreal impression.

Chefchaouen was isolated until early 20th century but has preserved a Moorish way of life and is regarded as the prettiest town in Morocco. Chefchaouen presents glorious photo opportunities and walking here will make you feel as though moving through a dreamland.  (Overnight in Chefchaouen). 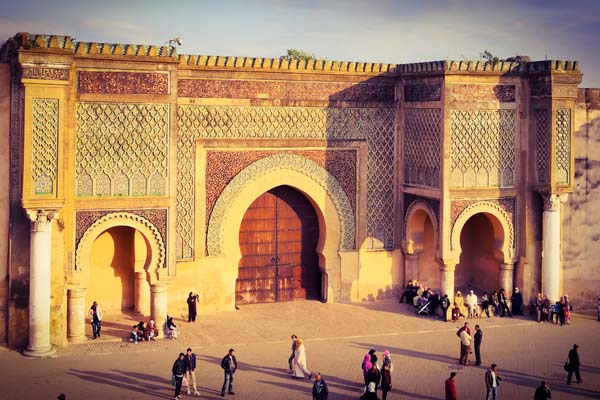 Depart Chefchaouen in the morning and head to the imperial city of Meknes.

Visit the 18th century Bab Mansour gate which is the most exquisite of its kind in North Africa and one of the 4 most beautiful gates in the world, Lahdim square, the Royal stables, the incredible Bassin Souani and more with a private local guide.

Our journey continues to the charming Fes. This city is a north eastern Imperial Moroccan city referred to as “The Mecca of the West & the Athens of Africa, also known for being the country’s capital of knowledge and culture. Fes is renowned for its exciting and colorful “Fes El Bali” walled Medina, its medieval Marinid architecture, vibrant souks, and old world atmosphere and charm.  (Overnight in riad in Fes).

After a restful night and a tasty Moroccan breakfast in your charming Riad, today you will begin a full day Heritage tour of Fes, with your expert Grand Morocco local guide. (Walking tour with some transportation between sites). 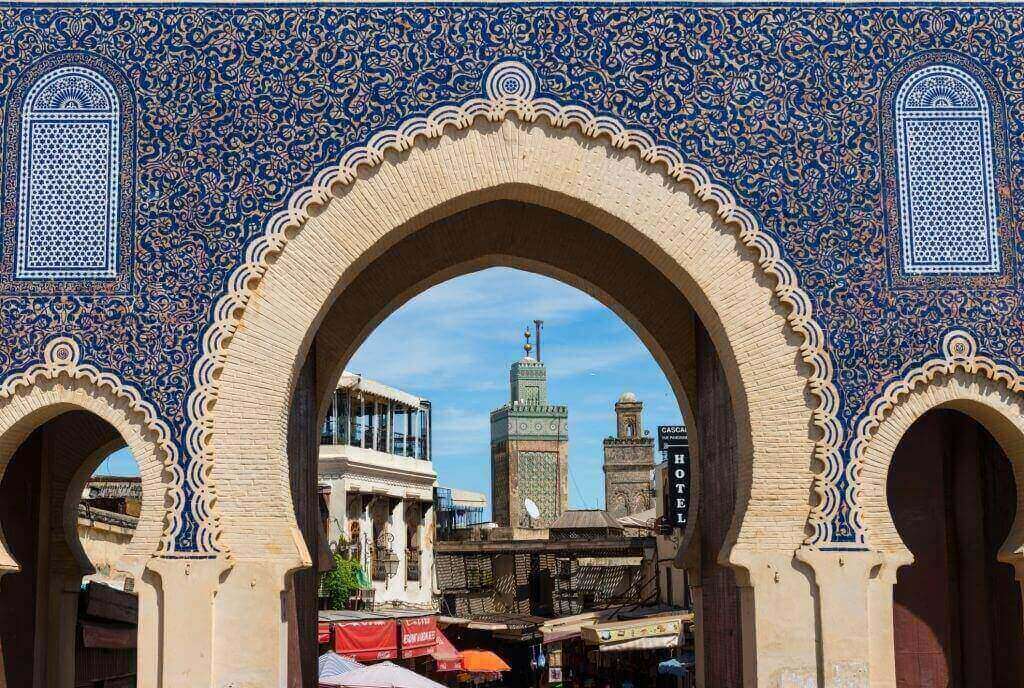 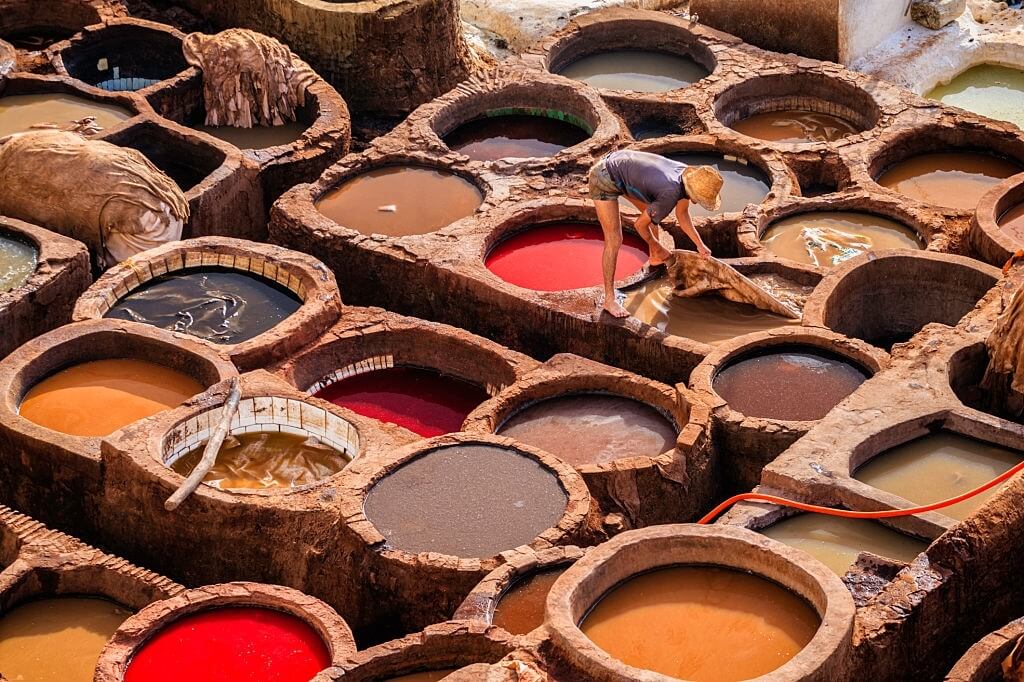 During your tour of the medina, you will stop for lunch at a restaurant that would be very easy to walk right past but is truly a hidden gem. (​Lunch included).

Your Grand Morocco local guide will give you information regarding Moroccan history, culture and the Moroccan Berber way of life, especially around Fes. (Overnight in your Riad in Fes).

After breakfast, we will collect you from your Riad and transfer you to Fes international airport for your on-ward flight. Now ends your 4 Days tour from Tangier to Fes via Chefchaouen and Meknes.

WHAT IS NOT INCLUDED :

This *4 Days tour from Tangier to Fes itinerary is customised by Grand Morocco LLC.  “If our set itineraries do not match what you are looking for, please contact us and we will tailor-make an itinerary to suite your requirements”.

* 4 Days tour from Tangier to Fes